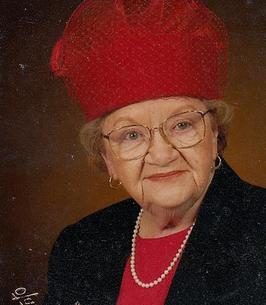 Blanche Setliff “Rusty” Farley,97, of Sparta, Tn went home to be with the Lord on Monday, February 21, 2022, in Sparta, TN. Mrs. Farley was born in Crumpler, West Virginia, to the late Dennis and Hazel Setliff on July 17, 1924. She grew up in Crumpler and then moved to Princeton, West Virgina. She moved to Florida in 1955.

Mrs. Farley always had many friends . She was a member of the Eastern Star and attended The Faith Baptist Church.

In addition to her parents, she was preceded in death by her, Sister, Roberta Paciona, Brothers, Houston Setliff, Lee Setliff, and Husband Cecil Farley

Mrs. Farley will be buried at Arlington National Cemetery with her husband, Cecil Farley.

A Memorial will be held on at later date at The Faith Baptist Church.

In Lieu of flowers, family wishes donations be made o the Missionary fund at The Faith Baptist Church in Sparta, TN.