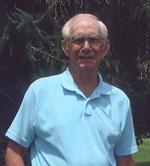 In addition to his parents, Mr. England is preceded in death by two Sisters- Ellen Glenn and Willie Peters, two Brothers- Eldie England and Hilton England.

In lieu of flowers, the family has asked donations be made to St. Jude or the White County Animal Shelter.