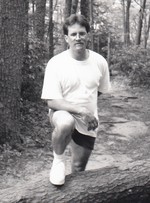 He was born Sunday, December 11, 1960 in Knox, Indiana to the late Elton and Barbara Aquino Walters.

He was a proud Veteran of the United States Marine Corps. He was an Over-The-Road truck driver for 35 years.

In addition to his parents, he was preceded in death by his son, Jeremy Ray Zinsky.

Many nieces and nephews also survive.

A Memorial Service will be held at a later date at The Pentecostals of Sparta with Pastor Michael Weedman officiating.