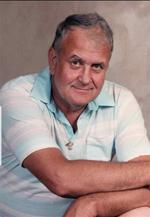 He was born on September 4th, 1942 in Crossville, Tennessee, the son of Dallas Cooley and Ida (Rice) Cooley.

Tom Graduated from Gosport High School in Gosport, Indiana in 1961. He made his living driving a Truck. He lived in Indiana, then found his way back to Tennessee where he lived the rest of his life out.

Mr. Cooley was preceded in death by his mother and father, 2 sisters, Jeanette Bacon and Martha Kinser and a brother, Bobby Cooley.


A memorial service will be held at a later date.