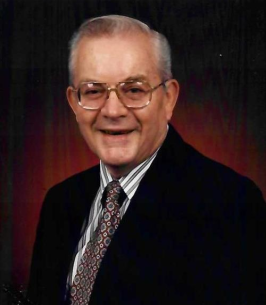 He was born January 2, 1937, in Pana, IL and graduated from Pana High School.

Don worked in management at Mallory Controls for 35 years, and previously served in the United States Navy.

He was preceded in death by his parents, Walter Garrett and Caroline Tudor; his sister, Barbara Fitzsimmons of Sparta; and his brother, Dennis Garrett of Taylorville, IL.

Don enjoyed the love and support of his wife of 65 years, Elaine.

He was the proud and loving father of five sons, including Rick (Angie); Steve; Mike (Nancy); Doug (Kay Kay); and Todd (Sheri).

A mass to celebrate Don’s life will be held at St. Andrews Catholic Church in Sparta at a later date.