To share your memory on the wall of Doug Stafford, sign in using one of the following options:

Mr. Stafford was the second of six children born to Lando G. Stafford and Ruby (McCoin) Stafford, both of whom preceded him in death. His sister, Janice Hutson, died in March 2019.

He married on Dec. 20, 1958 and is survived by his wife, Mary (Hudson). He also leaves two sons, Jeff (Sherrie) and Jack (Carrie), all of Sparta, his daughter, Gina (Bill Phelps), of Chattanooga; grandchildren John Douglas (J.D.) Stafford (Ashley), Bridgette (Brent Lawson); and twin great-grandsons, Malcolm and David Lawson, age 8, all of Sparta. He also is survived by his sisters, Joyce Broyles of Sparta, Charlotte Tays (Clarence Jr.) of Cookeville; and brothers, Garvis, of McMinnville, and Gary (Wanda), of Sparta.

Throughout his life, Mr. Stafford enjoyed returning to his birthplace and childhood home in Jackson County to research family and community history. In retirement, he became an avid vegetable gardener and established an orchard of more than two-dozen fruit trees.

He was a member of Oak Grove Church of Christ.

Funeral services are at 1 p.m. on Wednesday, Feb. 12 at Oak Lawn Funeral Home with Bro. Bob Scoggins and Bro. David Williams officiating with visitation from 4-8 p.m. on Tuesday, Feb. 11.

To send flowers to the family or plant a tree in memory of Doug Stafford, please visit our Heartfelt Sympathies Store.

We encourage you to share your most beloved memories of Doug here, so that the family and other loved ones can always see it. You can upload cherished photographs, or share your favorite stories, and can even comment on those shared by others.

Larry Dale Stafford and Family and UT System Office of Communications and Marketing have sent flowers to the family of Doug Stafford.
Show you care by sending flowers

Guaranteed hand delivery by a local florist
B

Posted Feb 12, 2020 at 07:59am
I’m So sorry to hear about Doug. My Memories of Doug are all good. I’ve known and respected him and the Stanford family for as long as I can remember. I’ve attended school with most of them at one time or another. Doug and Jeff were good customers of mine at Lowes many years ago and he always sought me out to do his buying from me. Doug, Jeff and I would spend lots of time just talking and catching up about friends and family. I treasure that time we had together. Mary, Jeff, and all Stanford family, you are in my thoughts and prayers for peace and comfort during this sad time. May our Lord and Savior and Prince of Peace, Jesus Christ, be with you.
Bob Hickey
Comment Share
Share via:
DS

Posted Feb 11, 2020 at 11:59am
Mary and family we're sorry for your loss. Doug we be missed greatly. I have so many fond memories of when we were younger. Prayers to you and your family. Gary and Debbie Sparks
Comment Share
Share via:
LF

Posted Feb 10, 2020 at 07:16pm
Mary, Jeff, Jack, Gina, Gary and family, I am so sorry for your loss. Doug was a true gentleman and will be greatly missed. May God give you comfort. Brenda and Joe Simmons.
Comment Share
Share via:
BW

Posted Feb 10, 2020 at 03:47pm
Mary, Jeff, Gina, Jack and families, I send my heartfelt sorrow for the loss of your husband and father. He was known to be a fine and honest man throughout his lifetime. He will be missed by everyone who knew him. Please know my prayers and thoughts are with each of you. Brenda Oliver Wilson
Comment Share
Share via: 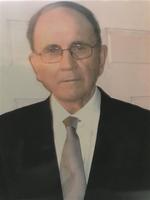