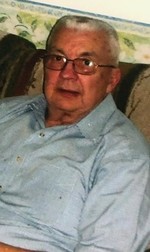 He was born Thursday, May 4, 1933 in Warsaw, Poland, he was the son of the late Serguis and Elzbieth Frackievice Riis.

Mr. Earl enjoyed baseball and spending time with his family.

In addition to his parents, he was preceded in death by his wife, Ann Johanna Riis.

A Memorial Mass will be held at a later date.