To share your memory on the wall of Homer Dale, sign in using one of the following options:

Print
Not at all as he lived, Homer D. Dale passed away quietly in his sleep on May 23, 2021, in Sparta, Tennessee.

Homer was born to Harold and Peggy Dale in Dayton, Ohio, on January 10, 1951. If asked to describe Homer, many long time fri... Read More
Not at all as he lived, Homer D. Dale passed away quietly in his sleep on May 23, 2021, in Sparta, Tennessee.

Homer was born to Harold and Peggy Dale in Dayton, Ohio, on January 10, 1951. If asked to describe Homer, many long time friends would say he was a bad boy but a good man. He didn’t waste words but if he had something to say, it was worth hearing. You had only to step into his shop to understand the life of Homer Dale. There you would find evidence of the multitude of skills and talents he had practiced and developed throughout his life. His love of designing, creating, studying - all were obvious by the collection of artifacts, tools, and inventions found in his shop.

His love of music played a significant role in his life. The beginning of a 55 year journey with his wife, Jeanne, began in the music room at Dixie High School. They spent most of their years singing and playing music together. There wasn’t an instrument he picked up that he couldn’t play. A more beautiful voice than his would be difficult to find.

His spiritual nourishment came from the woods, fields, streams, rivers, mountains - anywhere God’s creation was evident. Homer was a lover of nature and appreciated it was there he could find God.

To send flowers to the family or plant a tree in memory of Homer Daniel Dale, please visit our Heartfelt Sympathies Store.

Receive notifications about information and event scheduling for Homer

There are no events scheduled. You can still show your support by sending flowers directly to the family, or planting a memorial tree in memory of Homer Daniel Dale.
Visit the Heartfelt Sympathies Store

We encourage you to share your most beloved memories of Homer here, so that the family and other loved ones can always see it. You can upload cherished photographs, or share your favorite stories, and can even comment on those shared by others.

David and Heather Emrick and Chris, Sally, Purnie and Mary sent flowers to the family of Homer Daniel Dale.
Show you care by sending flowers

3 trees were planted in the memory of Homer Dale

Posted Jun 09, 2021 at 09:50am
Heath, So sorry to hear of your fathers passing.
Our thoughts and prayers are with you and your family.
Rob and Leslie Landis

Posted Jun 07, 2021 at 11:14am
My friend and former co-worker Homer was someone you could count on no matter what. So sad to hear of his passing. R.I.P. Homer and prayers to Jeanne and the rest of the family. I'll miss him for sure.
Comment Share
Share via:
DE

Posted May 29, 2021 at 12:24am
Much love and prayers for comfort to Jeanne and all of Homer's family. My condolences to Homer's loved ones. His many friends will miss him. I have wonderful memories of visiting Jeanne and Homer and enjoying his music so very much.
Comment Share
Share via: 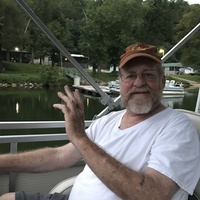