To share your memory on the wall of Iva Dobson, sign in using one of the following options:

In addition to her parents, Edna was preceded in death by her Husband- Rev. Cosby Dobson and Daughter-In-Law- Sandy Dobson.

The Funeral Service will be Thursday, August 13, 2020 at Oak Lawn Funeral Home at 2 P.M. with Rev. Steve Scaggs officiating with burial to follow at Oak Lawn Memorial Cemetery. The family will receive friends on Thursday at the funeral home from 11 A.M. till 2 P.M.

To send flowers to the family or plant a tree in memory of Iva Edna Dobson, please visit our Heartfelt Sympathies Store.

Receive notifications about information and event scheduling for Iva

We encourage you to share your most beloved memories of Iva here, so that the family and other loved ones can always see it. You can upload cherished photographs, or share your favorite stories, and can even comment on those shared by others.

Posted Aug 13, 2020 at 11:31am
My prayers are with your family during your loss. May God give you strength and love for days ahead. I want to share my love for each of you. Kenny, moms are special, you are in my thoughts.
Comment Share
Share via:
HS

Posted Aug 12, 2020 at 08:56am
In loving memory of your wonderful Mother. From Steve and Shirley Skaggs, Exie Elliott, and Bill and Marilyn Locklier.

Flowers were purchased for the family of Iva Dobson. Send Flowers 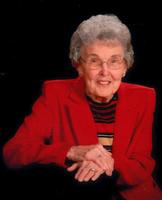