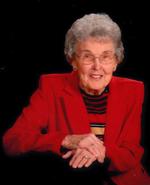 Iva Edna Dobson,91, of Sparta, TN passed away Tuesday, August 11, 2020 in Sparta. Edna was born on March 23, 1929 to the late Dick and Beatrice Parker in Hudgins, KY. Edna loved cooking, and everyone enjoyed her cooking and sweet tea. She was a member of Bear Cove Baptist Church since she moved to Sparta, in 1969.

In addition to her parents, Edna was preceded in death by her Husband- Rev. Cosby Dobson and Daughter-In-Law- Sandy Dobson.

The Funeral Service will be Thursday, August 13, 2020 at Oak Lawn Funeral Home at 2 P.M. with Rev. Steve Scaggs officiating with burial to follow at Oak Lawn Memorial Cemetery. The family will receive friends on Thursday at the funeral home from 11 A.M. till 2 P.M.