To share your memory on the wall of Patrick Sloan, sign in using one of the following options:

He was born Wednesday, February 23, 1983 in Nashville, Tennessee, he was the son of James Douglas Sloan III and Pauleese N... Read More
Patrick Elliott Sloan, 37 of Sparta, Tennessee passed away on Friday, July 24, 2020, in Goodlettsville, Tennessee.

He was born Wednesday, February 23, 1983 in Nashville, Tennessee, he was the son of James Douglas Sloan III and Pauleese Newby Craft. He was a huge Tennessee Vols fan.

He was preceded in death by his biological father, William Everette Elliott and his grandparents, Eleese and JM Haston.

He loved and was loved by so many. May God bless those people.

Due to COVID 19, the family will be having private individual memorial services held at later dates. Inurnment will be at Oak Lawn Memorial Cemetery for anyone who wishes to visit and pay their respects.

To send flowers to the family or plant a tree in memory of Patrick Elliott Sloan, please visit our Heartfelt Sympathies Store.

Receive notifications about information and event scheduling for Patrick

We encourage you to share your most beloved memories of Patrick here, so that the family and other loved ones can always see it. You can upload cherished photographs, or share your favorite stories, and can even comment on those shared by others.

Lafawn Embrey purchased the Love's Journey and planted a memorial tree for the family of Patrick Sloan. Send Flowers

Flowers were purchased for the family of Patrick Sloan. Send Flowers 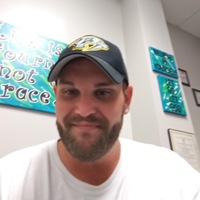