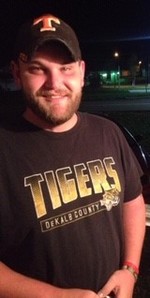 He was born Wednesday, February 23, 1983 in Nashville, Tennessee, he was the son of James Douglas Sloan III and Pauleese Newby Craft. He was a huge Tennessee Vols fan.

He was preceded in death by his biological father, William Everette Elliott and his grandparents, Eleese and JM Haston.

He loved and was loved by so many. May God bless those people.

Due to COVID 19, the family will be having private individual memorial services held at later dates. Inurnment will be at Oak Lawn Memorial Cemetery for anyone who wishes to visit and pay their respects.