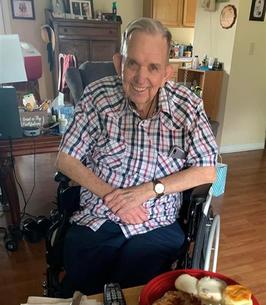 Master Sgt. Roger “Dale” Mason Sr., age 78, passed at his home in Walling, Tennessee on March 30, 2022. After years of struggling with health issues, Dale won the gift of everlasting life, for “precious in the sight of the Lord is the death of his saints” (Psalms 116: 15).

Dale was born in Quebeck, Tennessee on November 9, 1943, to Waymon and Joann Mason and was the youngest of his siblings. After graduating from White County High School in 1961, Dale joined the United States Army and proudly served his country for 22 years. He was a veteran of both the Korean and Vietnam Wars where he was part of the 11th Armored Calvary. Dale was awarded numerous commendations for his heroism during combat including two Bronze Star Medals for his “gallantry in action.” The first was awarded after, despite being wounded, he positioned himself to direct the enemy fire away from his men and only allowed his wounds to be treated once he knew his men were safe and their injuries were tended. Along with the Bronze Stars, he received the following: two Purple Hearts, Meritorious Service Medal, Army Commendation Medal, Presidential Unit Citation for extreme heroism, National Defense Service Medal, and numerous Good Conduct Medals just to name a few. Despite the heartache and tragedy he witnessed during his service, Dale was incredibly proud to have served his country and was fiercely patriotic for the entirety of his life.

Dale married White County native Delpha Winstead on March 17, 1969, and moved her to Germany. Although the couple was stationed in various places during his military career, White County was always their home, so when he retired in 1983, they returned with their children, Roger and Melissa, and settled in Walling. Dale then began his second career with the Tennessee Department of Corrections at the Bledsoe Regional Correctional Complex where he remained until the age of 62 when he retired after 20 years of service.

Before his health prevented it, Dale loved gardening. He was known for growing the biggest and sweetest watermelons and enjoyed nothing more than giving them away by the truckload. Dale took his hobby of loafing very seriously and was a dedicated member of the “Liar’s Club” at Luna and Son’s Tire. He was a loyal patron of Rise n’ Shine where he enjoyed talking rubbish with his buddies over breakfast. Dale never met a stranger and will be remembered for having a smile on his face and a joke or story to share with others.

For the last two decades of his life, Dale most enjoyed attending church. He was a faithful member of the Church of Christ and attended Taft Church of Christ, in Sparta, Tennessee. It was well known that even when it seemed impossible due to his declining health, he found joy and strength from attending church services. Dale read and studied the Bible and strived to live by its example. Luke 10:35 explains how the good Samaritan cared for the stranger: “And the next day he took two denarii and gave it to the innkeeper saying ‘Take care of him, and whatever more you spend, I will repay you when I come back.” Like the Samaritan, Dale was fortunate to have lived a prosperous life, believed strongly in giving to others, and continued to do so until the very end.

Dale was preceded in death by his wife, Delpha, of 48 years, his parents, and his brothers Don Mason and W.H. Mason. He is survived by his children: Roger Mason and his wife Tracy of Walling, Tennessee and Melissa Quick and her husband Donnie of Dalton Georgia. He is the beloved Pa of Erika Poe and her husband Adam of Cookeville, Tennessee and Selena Quick of Dalton, Georgia. He has three precious great-grandchildren: Brody, Roman, and Lynnox Poe. Dale also leaves behind his older brother, Thurman Mason, of Quebeck, Tennessee as well as numerous nieces and nephews and many friends. He is deeply loved and will be greatly missed.

Funeral services will be held at Oak Lawn Funeral Home in Sparta, TN on Saturday, April 2, 2022 at 11 am. Interment following at Jericho Cemetery in Quebeck, TN. The family will accept visitors on Friday, April 1, 2022 at from 4pm to 8pm. And on Saturday morning from 8am - time of service.
Pallbearers serving Dale are as follows: Donnie Quick (son-in-law), Todd Mason (nephew), Adam Poe (grandson-in-law), Wade Humphrey, Terry Denney, Randal Day, and Marion Wright (Honorary).

The family is grateful for the kindness, love, and support provided by their family and friends, and the compassion, care, and comfort provided by Avalon Hospice. In lieu of flowers, donations can be made to Jericho Cemetery.