To share your memory on the wall of Thomas Anderson, sign in using one of the following options:

Print
Thomas Rhea Anderson, 70, of Sparta, TN passed away Friday, November 22, 2019 in Sparta, TN. He was born at St. Thomas Highland Medical Center in Sparta, TN on January 23, 1949 to the late Jessie and Willene Brown Anderson.

He was a vete... Read More
Thomas Rhea Anderson, 70, of Sparta, TN passed away Friday, November 22, 2019 in Sparta, TN. He was born at St. Thomas Highland Medical Center in Sparta, TN on January 23, 1949 to the late Jessie and Willene Brown Anderson.

He was a veteran of the United States Air Force. He was a man of many traits, his favorite was truck driving, but the job he loved most was being a Dad to his children and Pa to all his grandbabies.

In addition to his parents, he is preceded in death by; Brother- Eddie Anderson, Sister- Pam Quaves, and two infant brothers.

To send flowers to the family or plant a tree in memory of Thomas Rhea Anderson, please visit our Heartfelt Sympathies Store.

There are no events scheduled. You can still show your support by sending flowers directly to the family, or planting a memorial tree in memory of Thomas Rhea Anderson.
Visit the Heartfelt Sympathies Store

We encourage you to share your most beloved memories of Thomas here, so that the family and other loved ones can always see it. You can upload cherished photographs, or share your favorite stories, and can even comment on those shared by others.

Posted Nov 23, 2019 at 11:24am
I’m so sorry for your loss. Rhea was a good man. Always enjoyed talking to him. He will be greatly missed by all that knew him.
Comment Share
Share via:
RA

Posted Nov 23, 2019 at 08:14am
Gail,
WE are very sorry to hear of Rhea's passing. May God bless your family and give you comfort and peace
With deepest sympathy as you remember your love one and the love you shared.
Royce & Barbara Anderson 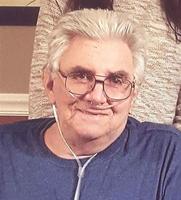