To share your memory on the wall of Thomas Brewington, sign in using one of the following options:

Glenn was preceded in death by his father, Thomas (Sonny) Brewington... Read More
Thomas Glenn Brewington,58, of Sparta, TN passed away Wednesday, April 14, 2021 at his home. He was born on June 27, 1962 to Thomas and Joyce Brewington in Sparta, TN.

A Memorial Service will be held on a later date.

In lieu of flowers, the family request that you do something nice for someone and only ask that they pay it forward.
Read Less

To send flowers to the family or plant a tree in memory of Thomas Glenn Brewington, please visit our Heartfelt Sympathies Store.

Receive notifications about information and event scheduling for Thomas

There are no events scheduled. You can still show your support by sending flowers directly to the family, or planting a memorial tree in memory of Thomas Glenn Brewington.
Visit the Heartfelt Sympathies Store

We encourage you to share your most beloved memories of Thomas here, so that the family and other loved ones can always see it. You can upload cherished photographs, or share your favorite stories, and can even comment on those shared by others.

Posted Apr 19, 2021 at 04:54pm
JOYCE AND FAMILY, WE ARE SO SORRY FOR YOUR LOSS. OUR THOUGHTS AND PRAYERS ARE WITH YOU, ONE AND ALL. MAY THE LORD GIVE YOU COMFORT AS ONLY HE CAN. MUCH LOVE, VIRGINIA COOLEY POLLY
Comment Share
Share via:
MH

Glenn graduated from White County High School in 1980 and was a lifelong resident of Sparta TN. He was employed at White County Lumber Company for a number of years but most recently worked as a truck driver for Savage Lumber Company.

Glenn was diagnosed with stage 4 esophagus cancer in the fall of 2019. He endured 3 different chemotherapy treatments, a round of radiation treatments, cat scans, diagnostic imaging, clinic treatments, and all that goes with such a horrible diagnosis.

Glenn was a man of few words, quiet reflection, and a deep passion for the thing he cared about. He was a Harley enthusiast and a die-hard Dale Earnhardt fan.

He will be missed, but we know he is in a better place where he is free from sickness, pain, and suffering.

Posted Apr 16, 2021 at 06:05am
I am so sorry for your loss, I can remember when we were kids coming to your house and all us kids playing for hours. Prayers for all of you 🙏...
Comment Share
Share via: 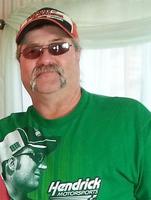 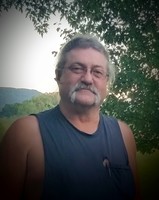 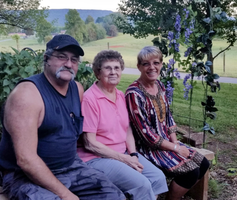 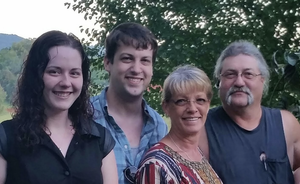