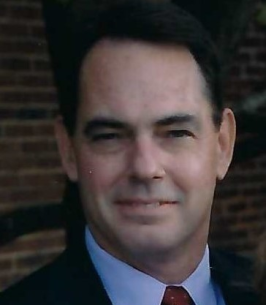 Timothy Daryl (Tim) Brock was born in Sparta, Tennessee, on August 7, 1963. He fought a courageous battle with Glioblastoma and shocked his doctors by surpassing their predictions regarding his condition on numerous occasions. Tim passed away peacefully at his home in Sparta, on Wednesday, July 6, 2022, with his wife of thirty-one (31) years, Gena McCoy Brock, and his family by his side.

Tim was always a fierce competitor, even dating back to his days at Doyle Elementary School. He received numerous awards and accolades for his sports-related achievements, including being named Midstate Most Valuable Player by the Nashville Banner (now the Tennessean) for his contribution to the White County Warriors, even receiving a Resolution by the House of Representatives of the Ninety-Second General Assembly of the State of Tennessee, with the Senate concurring, for his “outstanding skill and athletic ability on the basketball court.” As a player on the White County basketball team, Tim and his team members won multiple district titles. Tim broke numerous shooting records at White County High School, including a 52-point performance to break the single game scoring record, as well averaging 24.8 points per game, and shot 58 percent from the field.

Tim remained a fierce competitor, even after his days at White County High School. Thirty-five (35) years after being a part of the White County Warriors basketball team, Tim participated in the Senior Olympics where he, along with other members of the White County Warriors, won the Tennessee Senior Olympic men’s basketball state tournament in the 50–54-year-old division. In addition to basketball, Tim was an avid golfer, playing multiple times per week, along side his life-long friends, and won numerous golf tournaments in the Upper Cumberland. He was a proud member of the Sparta County Club, served on the Board, and volunteered whenever needed.

Outside of sports, Tim had a strong work ethic and was a devoted employee of UPS where he worked for approximately thirty-four (34) years. Tim considered his co-workers a part of his family, and he, along with his wife, are forever grateful for his wonderful UPS work family who went above and beyond for Tim, including after his terminal diagnosis of brain cancer.

Tim loved his friends and family, especially his grandfather Savage, and eventually talked his wife into raising beef cattle in Doyle like his grandfather–Tim liked to refer to their farm as “T & G Farm.” If Tim was not playing golf or on the farm, Tim was watching his nieces and nephews play basketball at White County, helping his friends and family, and/or playing pranks or making jokes.

Tim was a member of the First Christian Church, as well as a former Board Member, and also loved worshiping at Life Church. He was a man of faith, and his family and friends find solace in the fact that he went to be with his Lord and Savior.

A very special thanks from the family to Tim’s dearest friends–some of which are more like brothers to him–and work family at UPS. We are forever thankful for your kindness and love towards Tim. We are also forever grateful for the City of Sparta Police Department, White County Sheriff’s Department, Sparta White County Rescue Squad, K-9 Unit, Volunteer K-9 Unit, Cumberland County, Putnam County Sheriff’s Department, first responders, family, friends, and community for supporting Tim prior to his diagnosis.

The family would also like to thank Vanderbilt-Ingram Cancer Center, specifically Dr. Ryan Merrell, Dr. Reid Thompson, and Dr. Ashwin Shinde for their wonderful care and treatment of Tim. The family is forever grateful for Vanderbilt and its staff.

If you wish to make memorial gifts, please direct those to: