To share your memory on the wall of Hazel McLean, sign in using one of the following options:

Surviving family members include the following:
da... Read More
Hazel Pauline McLean, 94, of Sparta, TN passed away Thursday, September 05, 2019 in Sparta, TN. Hazel was born in Chico, TX on May 2, 1925 to the late Alaska and Minnie Long Page.

In addition to her parents, Mrs. McLean was preceded in death by a Husband- James William McLean, A son- James Farrell McLean and a granddaughter-Lisa Baldwin.,

A graveside service will be held at Morgan City Cemetery in Morgan, Georgia on Tuesday, September 10, 2019 at 2 pm Eastern time.

To send flowers to the family or plant a tree in memory of Hazel Pauline McLean, please visit our Heartfelt Sympathies Store.

We encourage you to share your most beloved memories of Hazel here, so that the family and other loved ones can always see it. You can upload cherished photographs, or share your favorite stories, and can even comment on those shared by others. 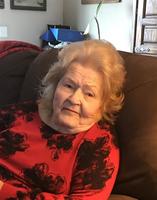 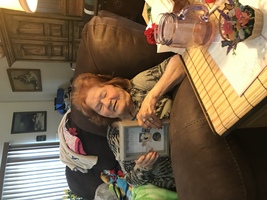