To share your memory on the wall of Timothy Caldwell, sign in using one of the following options:

He was born Friday, October 31, 1969, he was the son of the late Charles Caldwell and Ruth McBride Caldwell. He enjoyed ... Read More
Timothy Erbie Caldwell, 50 of Walling, Tennessee passed away on Thursday, September 17, 2020, in Walling, Tennessee.

He was born Friday, October 31, 1969, he was the son of the late Charles Caldwell and Ruth McBride Caldwell. He enjoyed being around people and helping friends. He also enjoyed working on cars, working in the garment factory, and he loved his garden.

In addition to his father, he was preceded in death by his wife, Rhonda Kay Caldwell, brother, Johnny Caldwell, and grandparents, Thomas and Mattie McBride and Charlie and Vilia Mae Cole Caldwell, aunts and uncles, Susan and Dick Baker, Martha and Grady Driver, Davie McBride, Joe Caldwell, and James Caldwell.

A host of cousins and friends also survive.

The family has chosen cremation. A memorial service will be held at a later date.

To send flowers to the family or plant a tree in memory of Timothy Erbie Caldwell, please visit our Heartfelt Sympathies Store.

Receive notifications about information and event scheduling for Timothy

There are no events scheduled. You can still show your support by sending flowers directly to the family, or planting a memorial tree in memory of Timothy Erbie Caldwell.
Visit the Heartfelt Sympathies Store

We encourage you to share your most beloved memories of Timothy here, so that the family and other loved ones can always see it. You can upload cherished photographs, or share your favorite stories, and can even comment on those shared by others. 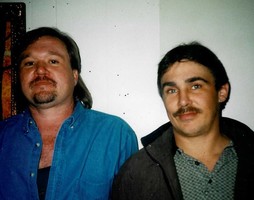