To share your memory on the wall of William Willhite, sign in using one of the following options:

Provide comfort for the family of William Willhite with a meaningful gesture of sympathy.

In addition to his parents he was preceded in death by; Grandparents- Dow and Ruby Howard and George and Mary Kate Willhite, Father-in-law- Charles Milligan, Special friend- John David Eller, Cousin- Bobby Howard and several Aunts and Uncles.

The Funeral Service will be held at Oak Lawn Funeral Home on Saturday, February 22, 2020 at 2 pm with John Pippin, Roy Whited and Jeff Turner officiating. The family will receive friends on Saturday at the funeral home from 11 am till time of service.

To send flowers to the family or plant a tree in memory of William Eugene "Billy" Willhite Jr., please visit our Heartfelt Sympathies Store.

Receive notifications about information and event scheduling for William

We encourage you to share your most beloved memories of William here, so that the family and other loved ones can always see it. You can upload cherished photographs, or share your favorite stories, and can even comment on those shared by others. 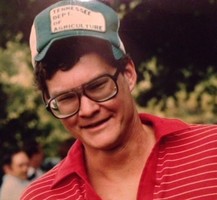